What Are The Health Complications Of Heroin Use? 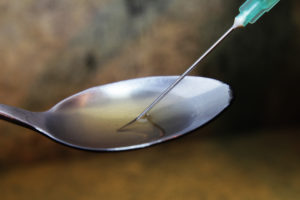 After abusing heroin the body of the user will automatically begin trying to return to its normal, everyday functions, but long term health complications may persist for some time after heroin abuse.

Examples of complications arising from the abuse of Heroin include:

Heroin on its own is deadly enough, but the heroin found on the street is not pure heroin. Rather, it is often cut with various substances and additives so that drug dealers can make more money off less heroin. This introduces a number of risks to abusing this substance. The first risk that emerges is that users are unable to properly gauge doses as the potency will vary greatly from one batch to the next. An amount of heroin that a user believes is safe can be deadly because of the variability in potency. Additives that heroin is cut with, including fetanyl, can be extremely risky in and of themselves. There are no rules or regulations to keep users safe, the dealers can mix just about anything in the heroin.

View all posts by admin